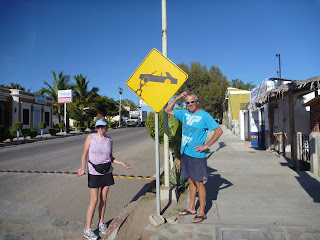 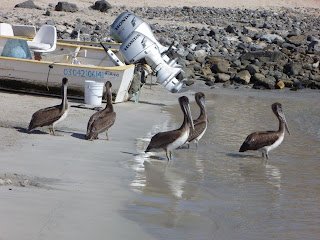 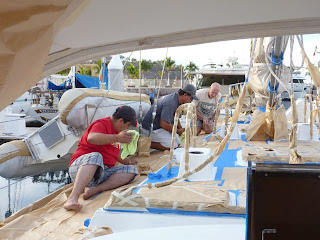 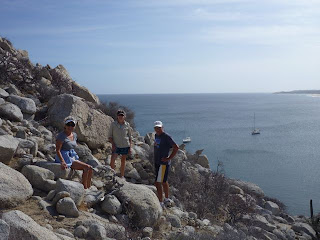 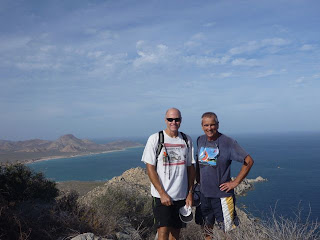 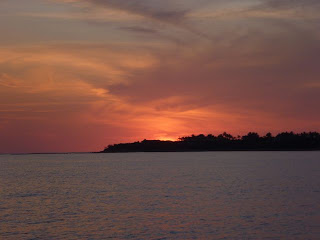 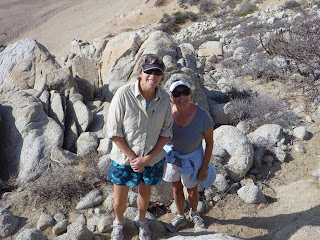 Our drive from La Paz to Idaho went well and before long we found ourselves back in the mountains making final preparations for our return to Mexico for the winter. We took care of administrative chores, said “so long” to good friends and, after getting a ride down to the Boise airport, joined the southbound geese on their winged migration. Our flight schedule allowed a few enjoyable days in Los Angeles visiting Mark’s family before continuing down to La Paz.

We arrived back at the boat in Marina Palmira and were immediately impressed by the number of new arriving cruising sailors including our good friends Howard and Lynn of the vessel “Swift Current”. It was such a pleasure reconnecting with them and sharing all sorts of activities around the town. New friends Mark and Wendy from the vessel “Wendaway” were docked next to us and we were so happy to have the opportunity to get to know them better.

Our plan had been to finish a few boat projects and head out as soon as possible to enjoy some of our favorite spots in the Sea of Cortez before sailing across to the mainland. Well, as often happens, things always take longer than planned. Paint work on “Blue Rodeo’s” deck was delayed by strong winds, and a new antenna mount that Mark had designed came back from being bent, welded and polished looking beautiful but with mounting and cable routing holes drilled in the wrong places. Mark would spend hours and hours making corrections so it would fit properly. With projects slowly being checked-off the list, we found that Thanksgiving was rapidly approaching so the decision was made to stay in La Paz through the end of November. This gave us time to share a few more evenings out with our ever-increasing circle of friends including Bill and Dianne of the vessel “True love”. Their good company was always appreciated and
Bill’s computer charting wizardry helped Mark with issues he was having running a new program on his Mac computer. While we worked and socialized, another period of strong, northerly winds came and went and finally it was time to cast off the dock lines for the first time since coming to the marina in late July.

Once underway, we set our sails and steered a course for Bahia de los Muertos, a lovely bay with a beautiful sandy beach and a resort development that is struggling due to the economic downturn. There are several spectacular homes within the complex that have been completed along with a hotel, golf course and two restaurants. We had a great three-day stay in the bay except for one night when, after the wind quit, we found ourselves lying at anchor crosswise to strange and lumpy swells that caused the boat to roll unmercifully. That night, despite our best efforts to silence tools, pots and pans and anything else that wasn’t screwed down from clanking, creaking and banging, we found sleep nearly impossible due to the noise and the motion. It’s often said that “misery loves company” so, at least, when we looked across the anchorage at Howard and Lynn’s boat and watched its wild gyrations, we knew that we’d get a good laugh the next day while comparing the awful night.

From Muertos, we had a fast and pleasant downwind sail to Bahia Los Frailes, our planned jumping-off point for the crossing to the mainland. We arrived there in the fading light in building northerly winds that would keep us pinned-down aboard our boats for most of the next 4 days. At times, we noted wind gusts as high as 37 knots in the anchorage but, the wind blew almost directly offshore and we remained comfortable.
Despite the strong winds, we managed to do some swimming and snorkeling in the clear water that, at 78 degrees was almost ten degrees warmer than the air. Finally, the winds subsided giving us and the “Swift Current” crew the opportunity to dinghy ashore for a strenuous hike to the top of a rocky crag overlooking both Bahia Los Frailes and Cabo Pulmo to the north.

With the weather forecasts obtained from the daily SSB radio “net” conversations indicating favorable conditions for a crossing, we set out for Banderas Bay on the Mexican mainland’s jungle-covered “Rivera”. By 4:20am the next morning, we had raised anchor and sails and we sailing swiftly across the Sea of Cortez. “Swift Current” followed closely behind and we remained in sight of them for the entire 38 hour crossing. Conditions could hardly have been better. The wind remained brisk in the 15 to 20 knot range from just aft of our port beam allowing us to sail effortlessly at speeds up to 10 knots. Sea conditions, although somewhat lumpy, were moderate making the ride comfortable and a nearly full moon lit the seas around us during the night with such brilliance that it almost seemed like daylight. By the following evening, as we entered Banderas Bay, we parted company with Lynn and Howard and anchored at Punta de Mita as the sun slipped below the horizon. Lynn and Howard continued the remaining few miles to the anchorage at La Cruz.

Our time on the Baja side of the Sea of Cortez had been magical with clear water and beautiful beaches framed by the back-drop of spectacular desert scape and rugged mountains. Arriving back on the mainland side reminded us though how much there is to appreciate here. Sure, there are more people, bigger cities and more hustle and bustle but beauty is everywhere and the communities we visited last year were welcoming, the people friendly and the food delicious. Uh oh, there go our waistlines!
Posted by sv360blue at 6:32 PM 2 comments: